Recently, I mostly use LUMIX S1 for filmmaking. The lens that I often use is SIGMA 50mm F1.4 Art because I often make cinematic videos. However, a single focal length of 50mm is not suitable for taking photos or videos of scenery while strolling.

LUMIX S 24 -105mm F4 is my favorite item I recently bought for landscape shooting. The size is not so big among LUMIX S lenses, and the price is relatively low among S lens lineups.

Since it is not too heavy, it fits well as a regular lens of S1. The open F value is F4, but S1 has excellent high sensitivity characteristics, so you will hardly have any trouble even at dusk if you raise the ISO sensitivity.

The 24 -105mm angle of view and sharp depiction are perfect for cropping scenery, and these days it is becoming the main lens for strolling. Here are some photos I took. 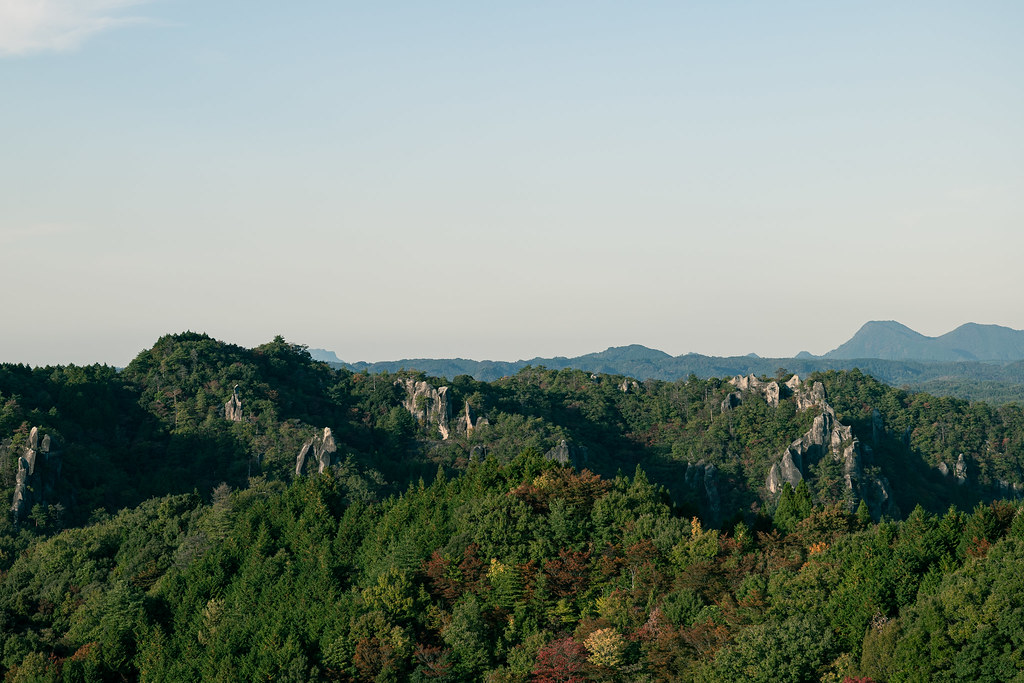 This photo was taken in Kusu County, Oita Prefecture. When I was driving, I saw this view, so I stopped the car in a hurry and took the picture. 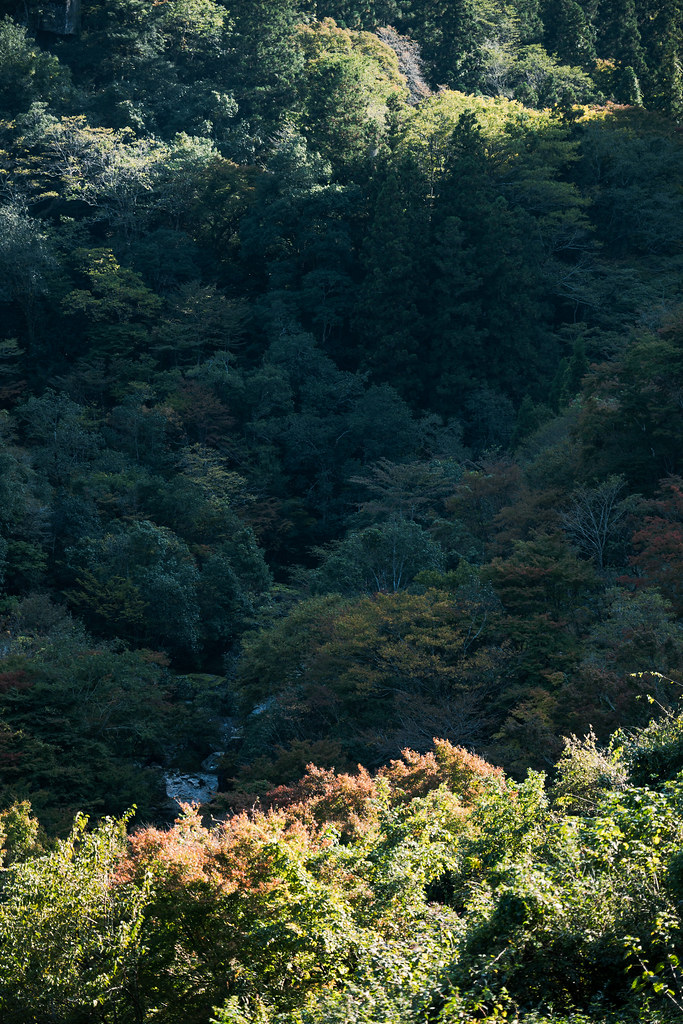 As I trot, I change a composition many times. It is really convenient for me to change the composition from 24mm to 105mm, since I have been using only single focus until now.

The picture above is 1 shot from the telephoto end (105mm), and I think I got a satisfactory description of the detail of the leaves. 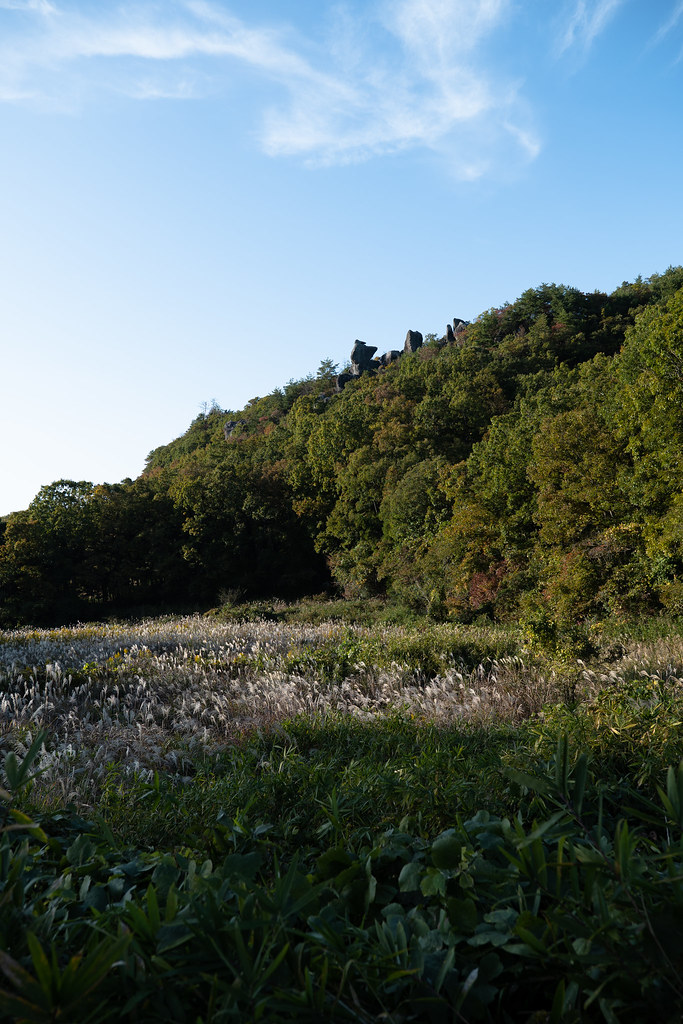 There is a slight curvature near the 24mm wide end. The peripheral brightness level drops near the telephoto end. 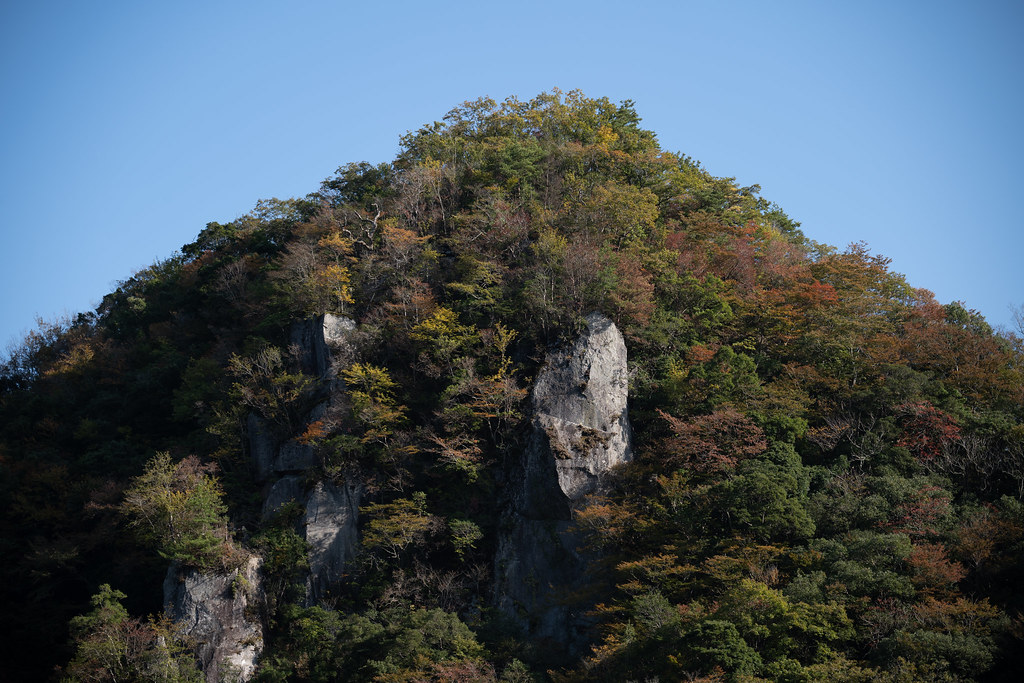 The picture above was taken at 105mm. I purposely export it without correcting the ambient light. You can see that the four corners of the picture are a little darker.

If you use a developing software such as Lightroom to correct the amount of ambient light, you can correct it to the extent that you can hardly tell.

This is a lens that can be used when you want to cut out a building or a still life photo. The range of utilization is not limited to landscapes. 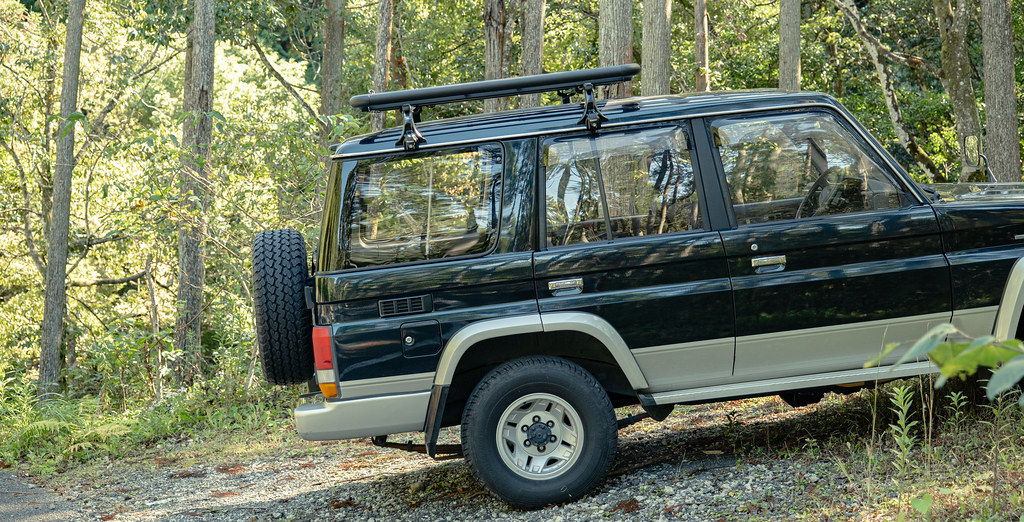 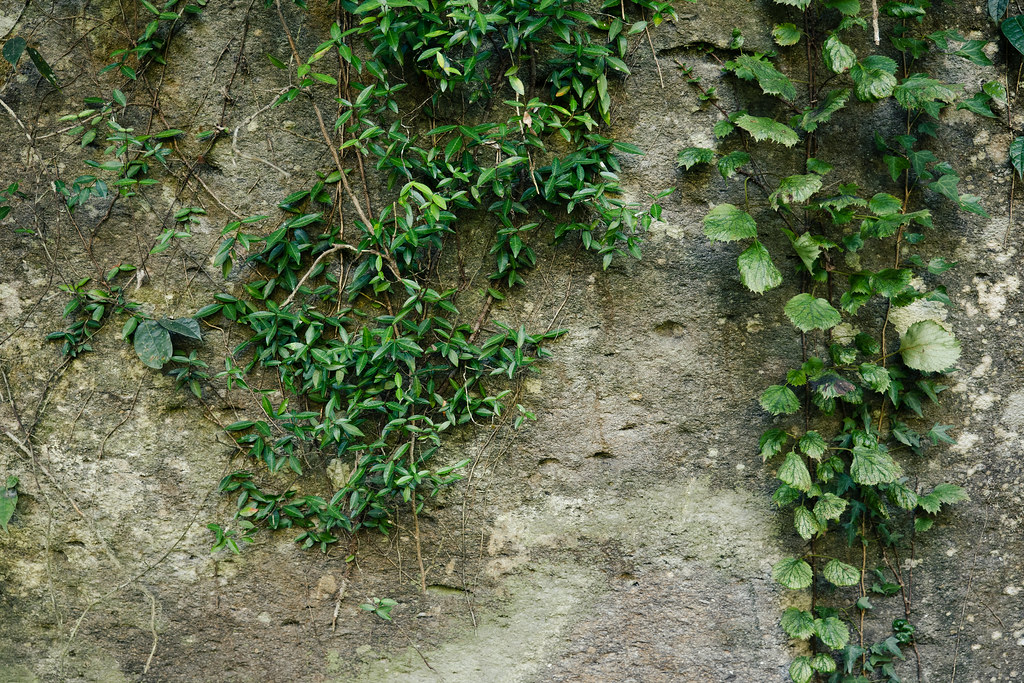 How is the bokeh? I took the picture below. 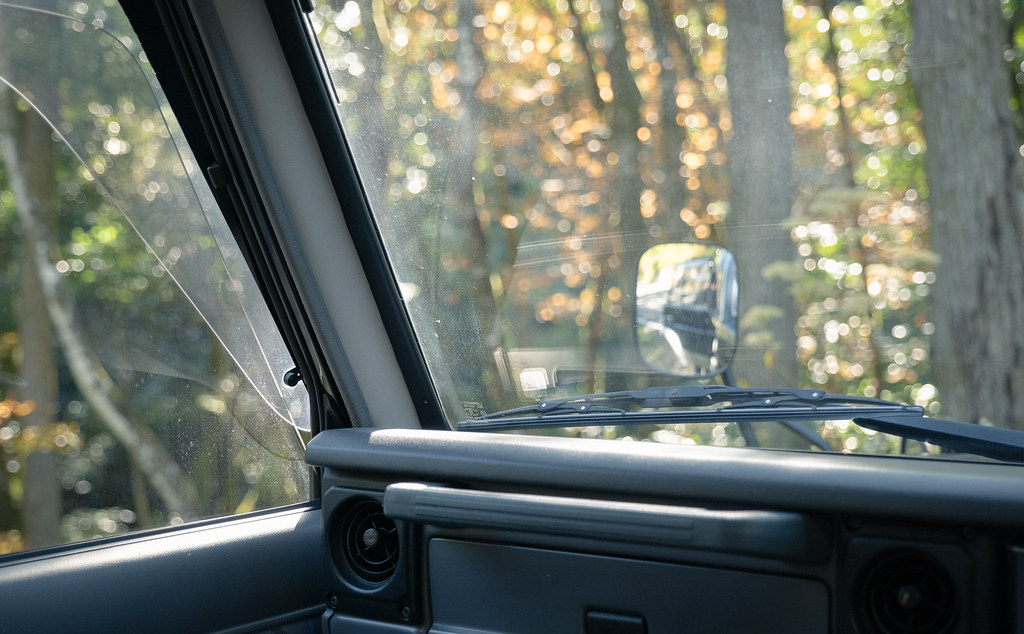 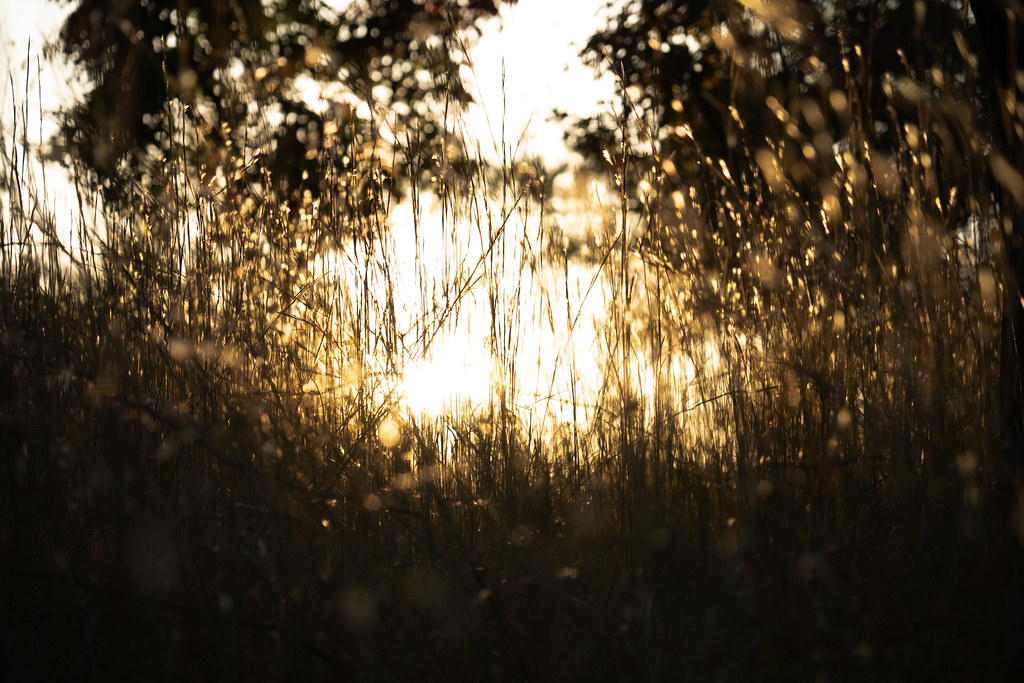 Compared to the SIGMA 50mm F1.4 Art that I usually use, the blurring depth and smoothness is obviously inferior. The shape of the bokeh is round and has no taste.

However, considering the degree of freedom of zooming, I don’t have any complaints if F4 can produce such blur.

Regarding the size, the body of S1 is big, so even if it is smaller than this, I think it is a mismatch.

If you match it with LUMIX S5 which was released recently, I think the size of the lens will feel a little bigger.

I have only bought LUMIX S 24 -105mm for about 1 month, but I have been able to use different lenses and draw lines.

SIGMA 50mm F1.4 Art has very smooth blur. I like fine, soft texture depictions, and this lens is used when taking pictures or videos of people or impressive compositions with cinematic mood. Probably, it will be the most frequently used lens for a while.

On the other hand, the LUMIX S 24 -105mm F4 has a degree of freedom that is unique to zooming. You can expect sharp and detailed images in the entire zoom range.

This is an area where the single-focus 50mm cannot cover, so the LUMIX S24-105mm F4 will stay for a while.

If you have any questions or concerns about this lens, check out the comments below.